The decision to have another little person was a contentious issue between us. Steve was happy with just one, I wanted a second. Two reasons. Firstly, I think being an only child can be very lonely when you are young and as you grow older. Secondly, a palm reader had told me I would only have one child and that I would have two husbands. I did not like those odds, so I decided to change them.

Our second little person came a lot sooner than we had anticipated. Sean had taken two years to conceive, we figured it would take as long, if not longer for a second little bundle to arrive. One month after deciding to begin the new adventure, I was pregnant. We were in SHOCK. 22 months between them was not what we had counted on.
By the time I was ten days overdue, I was ready to take her out myself. Being induced was not fun and after initially rejecting the epidural, 6 hours later I was demanding the anesthetist’s attention. As the hours passed, the Gynae insisted I have a C-section. She was not a happy camper and waiting any longer would put her at risk. I was whisked through to the operating theater, sheets were put up, nurses and doctors seemed to be everywhere. The Gynae and Pediatrician chatted about rugby and golf and the latest news, while I watched them cut and pull our little baby girl out in the reflection of their glasses. There was a tiny little cry, she was placed on my shoulder for a split second and then whisked away to be cleaned, weighed and Apgar tested.
And so our precious little Jessica was born at 3pm on the 6th of August 2002.
Steve was with her all the time and was told her Apgar test was 100% OK, but…
He. Was. Not. Happy.
It took a few minutes before he brought their attention to the fact that something was just not right.
And that is the moment.
The moment when your world stops in its tracks. When life as you know it will never be the same.
Her chest was sunken in, her face was swollen and she was not breathing properly. She was whisked away into an incubator, she lay with me for a few minutes and was then taken to the Pediatric ICU.
I did not have my baby with me. Everything felt so wrong.
When I eventually got to see her, there were tubes in her nose, monitors were plastered onto her body and my heart sunk into the pit of my stomach.
That week was one of the most emotional of our lives.
She would not breast or bottle feed, so food was fed through her nose into her stomach. I could not pick her up and hold her as she had wires and tubes all over. No-one seemed to know what was wrong with her.
A gastroscopy was scheduled two days after she was born. Anger surfaced at incompetency when the Pediatric surgeon having looked into her mouth, immediately noticed that she did not have a palate. Neither the nurses or the Pediatrician had noticed despite putting a feeding tube through her nose and down her throat.

“Your daughter has a cleft palate, but with that comes other syndromes. We have to do blood tests to see if there is anything else wrong. Do you understand what this means? She could have some sort of syndrome.” Our minds went into overdrive. I cried for the first time since she had been born. How could this be happening? Why was this happening? How were we going to cope?
Bloods were taken, a long weekend ensued and 7 days later we had the results. No other syndromes were found.
RELIEF!
She was diagnosed with a condition called Pierre Robin Sequence which is present at birth, where the infant has a smaller than normal lower jaw, a tongue that falls back into the throat and has difficulty breathing and incomplete closure of the roof of the mouth.
Jess certainly has been a medical challenge but once you have met her, you cannot believe everything she has been through.
From almost not being with us due to thrush prevailing from her throat into her stomach, weighing a mere 3.5kg’s at 3 months and a wonderful gastro-interologist friend of ours saving her. A tube placed in her stomach to feed her. Oxygen bottles and masks. Ear infections nearly every 6 weeks until she was 5 years old. An operation to fix her palate with a marvelous plastic surgeon who did two ops in one go. 15 grommet operations. Operations to remove tubes. Belium scans. Speech therapy. Physiotherapy. Chiropractic sessions. Anti-biotic injections into her legs and neck. Mouth widening plates and eventually she will get braces. The doctors, hospitals, nurses and medical treatments she has had are insurmountable after all these years.

I remember the feeling of hoping to just survive through another day, of exhaustion and finally of hope. The plastic surgeon would say to me, “I promise by the time she is 10 life will be normal, you will have forgotten all of this. She will speak normally, look normal and by 18 she will not walk into a pub and ask for her tube to be filled up.” He was right. of course….

Jess is the most incredibly happy, funny, energetic, talkative, creative, observant, clever, assertive little girl we could ever have imagined her to be. 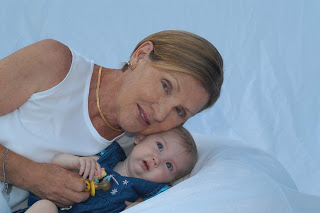 She snuggles with me every morning. Tells us how much she loves us infinitimously, a million times a day. She adores her brother.
She can be hard headed if she wants her way. She loves to be with people. She will play with little babies. She will spend hours chatting and playing games with her Grandad. She loved to lie on her bed and chat to her Granny on her i-Pod. She has time for everyone, whether young or old.
She is a real chatterbox. She takes hours to eat her meals. She describes everything with precision. She notices everything. She is compassionate. She rises to challenges. She loves adventures. She is beautiful inside and out.
She is the daughter we imagined in our minds when we decided to have another little person join our McManus Clan. She is the best daughter in the world. She has her Daddy wrapped around her little finger too …..

The most expensive places in the world began to change in 2022, due to the lagging impact of the pandemic, the invasion of Ukraine, high energy prices, higher global inflation and the strong US Dollar. Xpatulator collects the prices of over 200 items, grouped into 13 cost of living baskets, in 780 global locations and […]